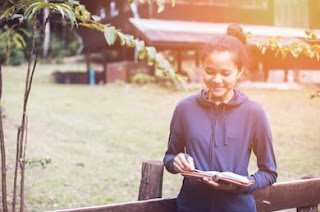 DAILY VITAMIN
- Trust Your Way To Rest (2)
"He trusted very strongly in the Lord God of Israel. In fact, none of the kings before or after him were as close to God as he was. For he followed the Lord in everything, and carefully obeyed all of God's commands to Moses. So the Lord was with him and prospered everything he did..."       (2 Kings 18:5-7 TLB)
The people of Judah had just seen the king of Assyria destroy the people of Northern Israel; and now he was invading their lands. But that wasn't the real problem. It was more like the battle of the Spartans and the Persians at Thermopylae. They were outnumbered by about ten to one. Plus the enemy also had the nerve to go before the gates of Jerusalem to mock the people and God. What nerve!
But doesn't that remind you of something you may have gone through or are presently going through? The messengers of Assyria said that it was God's will for them to ravage Jerusalem. Hasn't it ever felt like God is seemingly more against you than with you? That's how the Jews would have felt. But were they right? Of course not! That's also exactly how your interpretation of your current situation isn't right. God hasn't abandoned you; He's still very much on your side.
The entire story was put in place to show His glory in your life. Just like Hezekiah's. Everything we see happen between Judah and Assyria was just to explain what our theme scripture says. In the midst of the turmoil, Hezekiah trusted in the Lord. He didn't allow the biggest intimidation of all time weigh him down. He didn't let the negative signs dissuade him from all God has assured him of. He focused more on God. He focused on the truth of God's Word. He must have read David's confession of how he trusted God and as a result He saved him (Psalm 28:7), and continued on that path. He knew the best yielding to the fears he felt would do to him is slavery; but in trusting God, the possibilities are endless.
And so, I'm asking you to trust Him today; whatever He has promised you, He would do it. But more than anything, you have to trust Him. Remember He is the same God who causes the green tree to wither and the dry tree to grow. He's that incomprehensibly reliable, and He will do it for you.

Popular posts from this blog 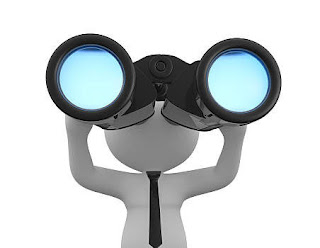 DAILY VITAMIN - See It God's Way "For I know the plans I have for you, says the Lord. They are plans for good and not for evil, to give you a future and a hope." (Jeremiah 29:11 TLB)     Have you ever noticed how at some point in your life when everything seemed to be going AWOL, then all of a sudden something great came out of it all? At least I have seen it happen without number in my life and others'. Well, that's exactly what God does for a living- turning bitter sources into a spring of life.     Just like most of us, one man who had a myriad of experience regarding this has to be David. David once said that he would have fainted if he hadn't believed to see God's goodness in his life. And went ahead in advising us to wait patiently for all God has promised regardless of what we are currently going through (Psalm 27:13-14). And believe me, he knows what he was talking about.     For instance, David had been told he had been chosen by God to
Read more

- October 20, 2018
DAILY VITAMIN  There is a difference between giving and giving generously. Generosity is more than just how much you give, but how hearted you do. What makes the poor fellow rich in the sight of God is how richly he gives even though in need himself. Richly, not in terms of quantity or even quality, nor quantifiable mass, but richly based on how much from the heart it is given. Was the heart rich in compassion, God's love and mercy as it gave? Or was it full of egotism, self-pride and every trait that makes him believe it is all in his power? Remember, a broken heart and a contrite spirit[full of the first traits], God wil not despise (Ps 51:17); and as long as there is a willingness of heart and readiness of mind[spurred by genuine love], it is acceptable towards God (2 Cor 8:11-12). This is why God isn't just crazy in love with any giver, but a cheerful giver. One whose givings start from the heart outward. One who first gives with the heart and reflects it by his hands. Tha
Read more 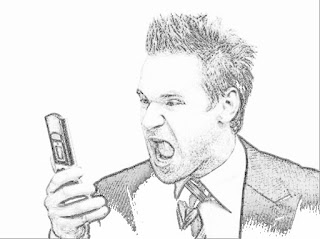 DAILY VITAMIN Decisions made out of anger or envy are not only self destructive, but they also affect the attitude of those we seem not to desire their hurt. For instance, when the sons of Jacob conspired to kill Joseph, to them it was the perfect way to get rid of the 'big dreamer' that made them all look like vision-less fellows, and had taken their father's affection from them; so they took it upon themselves and agreed that they were totally correct in their intended evil action. After they had sold him and feigned his death, they might have believed it had all ended, only to be shocked with the countenance of their father, thereby sentencing themselves to a lifetime of grief and sorrows from the man they honored most- their father Israel. That alone was enough to prick their conscience until they were clouded with the mist of regret. They sought his attention for themselves, but all they created was a deficit to their own loss; thus causing more harm than what warran
Read more

Love Is Where Life Begins 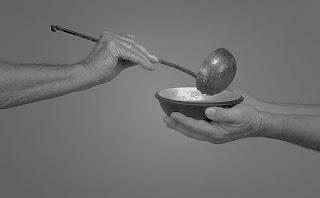 DAILY VITAMIN What's the most important thing to you in life? Think for a while before you answer. And you can take as long as it takes. Alright! Are you ready now? Let's continue. In everything you do always remember that love comes before ambition. Most times we get so carried away in climbing the ladder of success that we fail to recognize and notice when there are hands stretching high for us to help lift them up. We so much pursue self-purposed desires that we miss those God sends our way to impact; not that they didn't show up, but that we failed to notice their arrival.  And guess what: Our silver lining of greatness in the sands of time and in the mouth of men is not built by the success we built for ourselves, but by how much success we attained in imparting and influencing people. Any achievement of ours' that has no positive impact on others isn't labeled success, but a self-fulfilled goal; and that's why Mother Teresa wrote 'a life not lived
Read more

The Power Of I Am 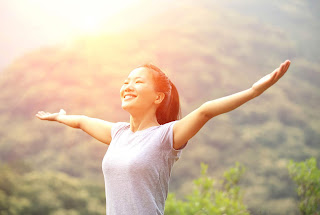 DAILY VITAMIN - The Power Of I Am "As a man thinks in his heart, so is he" (Proverbs 23:7)        There's nothing more powerful than self-affirmation, especially when it is on the basis of who and what the Word of God says you are. This is what Jesus lived on every day. The Jews may not have believed Him, Pilate may not have either, but He knew He was the Son of God, and never stopped saying it. With this understanding, He stood above every situation in time just as the Son of God would.        On the contrary, a lot of people have been declared sons but yet live like slaves. This is because even though the Word affirms it to be true, God can never bless you beyond what you think of yourself. Psalm 49:20 says "Man that is in honour, and understands not, is like the beast that perishs". Your level of understanding about your identity is usually the extent of exploits you can get out of it. You can only become what you know, accept and believe is true.
Read more

Oscar Ajoku
Oscar N. Ajoku has been publishing these daily notes on social media since 2013. He is currently a self-published author of two books. He is also a lyricist, an ardent reader and a seasoned Bible teacher, whose major aspiration is to impact so great a people and societies through the power of God's Word, such that he can look back at his final moments and be fulfilled by the life he lived and the legacy he created. He currently lives in Lagos, Nigeria